The New York Times highlighted the shocking stance of the ruling Al-Khalifi regime in Bahrain towards the far-right government in Israel through its insistence on proceeding with normalization.

In a report translated by Bahraini Leaks, the newspaper stated that when Benjamin Netanyahu won the parliamentary elections last month, analysts wondered about the reaction of three Arab countries that normalized relations with Israel in 2020 Bahrain, Morocco and the UAE.

It noted that Netanyahu had crafted the deals himself when he was last in office but that his new far-right allies have a history of anti-Arab statements that some believe may be too objectionable for the leaders in the three Arab countries.

Before the election, the UAE’s foreign minister, Abdullah bin Zayed al-Nahyan, met privately with Netanyahu and expressed unease with his alliance with the far-right, according to two people briefed on the conversation who requested anonymity to speak more freely.

But since the election, that concern has quickly shifted to a more pragmatic approach: business as usual, at least for the time being.

In recent weeks, Bahrain and the UAE have invited Itamar Ben Gvir, one of Netanyahu’s most radical allies, to their National Day celebrations in Tel Aviv.

Invitations for both events have been sent to all Israeli lawmakers, left and right. Still, the inclusion of Ben Gvir — and the Emirati ambassador’s particularly warm embrace — raised eyebrows and made headlines in Israel.

While other countries, notably the United States, avoided Ben Gvir, who was convicted in Israel of anti-Arab incitement, the Bahraini and Emirati missions did not.

“Any change in government will not affect Bahrain’s approach to developing positive relations with Israel,” Khaled Al-Jalahma, the Bahraini ambassador to Israel, said in a text message Thursday night.

But Al-Jalahma added, “As with any government, we will express our concern if the policies being enacted are of a nature that could lead to strained relations.”

According to the newspaper, this position reflects the extent to which the Abraham Accords, as the 2020 agreements were called, have redrawn the features of geopolitics in the Middle East.

The rise of the far-right: To win elections, Netanyahu and his far-right allies exploited perceived threats to Israel’s Jewish identity. What’s next for the left?: After near-total obliteration, leaders of Israel’s left-leaning parties say they need change — but they disagree on how.

Two years later, those fears, and now hopes, have also helped drive the signatories to accept Mr Netanyahu’s chosen partners, even as some of Israel’s longtime supporters, like the United States, adopt a more cautious approach.

In Netanyahu’s new government Ben Gvir is set to become national security minister, overseeing the police. Before the coalition officially takes office, it is trying to pass a law that would give Ben Gvir more power over police activity.

Yishai Fleischer, an Israeli analyst, said that the UAE and Bahrain “recognize Ben Gvir for who he is, and he is the leader of the Law and Order party, and not a racist leader, as is reported in the Western media.”

This kind of interaction highlights the complexity of Israel’s standing in the Arab world: Even as some Arab leaders deepen their ties with Israel, polls show that the process remains unpopular among ordinary Arabs.

During the World Cup in Qatar, many Arab attendees — and some players, including the Moroccan national team — reaffirmed their support for the Palestinians and refused to speak to Israeli journalists covering the tournament.

DAWN: Bahrain's Sham Elections and the Veneer of Democracy 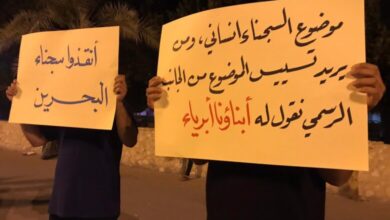 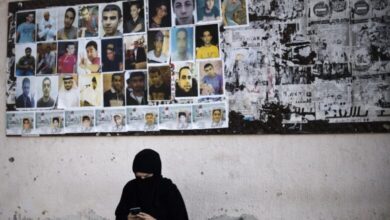