In a newly issued pamphlet, the opposition Islamic National Al-Wefaq Society provided 139 reasons for boycotting the sham parliamentary elections in Bahrain amid a stifling constitutional, political and human rights crisis.

The reasons were presented based on different dimensions and angles of the experience, resulting in a formal and unrepresentative council that cannot accomplish anything.

According to Al-Wefaq, the reasons provided prove that any council reached after these elections will merely represent the current government.

Among the reasons presented by the opposition association is the Parliament’s loss of the ability to protect freedom of expression and peaceful Assembly.

Calls for a boycott of the parliamentary elections in Bahrain escalated in light of the political isolation law imposed by the Al-Khalifa regime to consolidate authoritarian rule.

Partisan and political circles affirmed that participation in the elections serves injustice and achieves the focused authoritarian goals of unilateralism and opposing the people’s interest. It is a consolidation of a dictatorship.

The first Article of the order stipulated that voters whose names are registered in the voters’ lists, in implementation of the provisions of Decree-Law No. 14 of 2002, can elect members of the House of Representatives from eight in the morning until eight in the evening, on Saturday, 12/11/2022, and in cases of re-runs, it will take place on Saturday 19/ 11/2022.

The elections will be held in Bahraini embassies, consulates, and diplomatic missions abroad on Tuesday, 8/11/2022. In cases requiring re-election, the replay will take place on Tuesday, November 15, 2022 – according to Article Two.

The first Article of the decree stipulated that Bahrain would be divided into several electoral districts: the Capital Region, Muharraq Region, Northern Region, and Southern Region. The scope of each electoral district is determined by the boundaries of the governorate in which it is located.

While the third Article stipulates that each electoral district shall have a sub-committee to conduct the polling and counting processes, and a decision is issued by the Minister of Justice, Islamic Affairs and Endowments to form the committees referred to in the previous paragraph and specify their locations and procedures to be followed for the election.

Decree No. 71 of 2014, regarding the delimitation of regions, electoral districts and their boundaries, and sub-committees for the elections of the House of Representatives, shall be repealed, as shall any text that contradicts the provisions of this decree – under Article Four.

Bahrain is scheduled to witness parliamentary elections within two or three months. Although the authorities have not yet announced a specific date for these elections, the country has begun to witness the announcement of some independents running for the parliament seat.

These preparations occur amidst the complete absence of the opposition, who are either imprisoned or exiled due to the political isolation law.

This led to the prevention of “actual leaders and members of political societies dissolved by a final ruling for committing a grave violation of the provisions of the Kingdom’s constitution or any of its laws” from electing and running for Parliament, which applies to the majority of the opposition street and the Shiite component in the country in particular.

Since the resignation of 18 deputies from the Al-Wefaq Society bloc in 2011 against the political protests that swept the country then, only the Progressive Al-Minbar Association (with a left-wing orientation) has participated in Parliament, usually with no more than two chairs.

Thus, the Assembly and its deputies do not constitute any pressure or force within Parliament. Moreover, the opposition had become entirely outside the political equation in Bahrain after 2016 when the National Islamic National Accord Society and the Democratic Action Society (Waad) were dissolved.

Al-Wasat newspaper, the country’s independent newspaper, was also closed down, and freelance correspondents were prevented from working through the revocation of their work licenses. 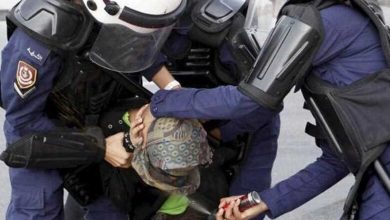