The Al-Khalifa regime refused to cooperate with the United Nations and ignored the independent rapporteurs’ requests to visit the country with the escalation of human rights violations.

A UN rapporteur requested the Bahraini authorities to visit the country. Still, the latter ignored the request and did not allow this visit, despite the Bahraini Ministry of Foreign Affairs allegations of cooperation with UN procedures and mechanisms.

The Bahrain Center for Human Rights said that the Special Rapporteur on promoting and protecting human rights and fundamental freedoms in combating terrorism, Fionnuala Ni Ulin, had requested a visit to Bahrain on September 7, 2022, but the authorities rejected the request.

The Human Rights Center stated that many special rapporteurs had requested to visit Bahrain, but the government delayed and prevented them. It called on the Bahraini government to cooperate with United Nations agencies.

The request of the UN rapporteur comes among 23 requests from working groups and independent experts at the United Nations. Since the outbreak of the February 14, 2011 revolution, to this year, all requests have been ignored and completely rejected by the Bahraini government.

The United Nations Committee on Economic, Social and Cultural Rights issued a set of findings and recommendations regarding Bahrain in March 2022, confirming the Bahraini authorities’ continuation of human rights violations.

The Bahraini government has prevented UN rapporteurs from visiting the country since 2005, despite the demands of international human rights organizations and the International Red Cross to see the conditions in prisons closely.

In addition, it ignored the recommendations of the Independent Commission of Inquiry and the United Nations Human Rights Council regarding the treatment of political detainees, despite its continued allegations of applying human rights standards in Bahraini prisons.

The ruling Al-Khalifa regime in Bahrain had previously failed to abide by the recommendations of the United Nations Human Rights Committee regarding various human rights violations in light of its repressive and authoritarian approach.

On July 19, 2022, as part of the process of reviewing the implementation of the International Covenant on Civil and Political Rights in Bahrain, the United Nations Human Rights Committee, at its 135th session, assessed the extent to which Bahrain has adhered to the concluding observations and recommendations related to military courts, death sentences and freedom of opinion and expression, and found that Bahrain failed to implement the Committee’s recommendations properly.

In the progress report of the Human Rights Committee, which the Special Rapporteur followed on the follow-up to the concluding observations of July 2018, Ms Vasilka Sansin, Bahrain, scored C and E in recommendations related to the military court, the death penalty, and freedom of expression, with E being the lowest.

With compelling evidence, the Special Rapporteur outlined ways in which the Bahraini government has not only failed to implement these priority recommendations but has made efforts to dismantle civil society in the Kingdom through the systematic use of abuses to silence activists, journalists, religious scholars and political leaders through arrest.

The Special Rapporteur had recommended that Bahrain review the 2017 amendments to the constitution to ensure that civilians are prevented from being tried before military courts and from exercising jurisdiction over civilians.

After Bahrain submitted its response in June 2021 to the Committee as a state party, in which it said that amendments had been made in an attempt to combat terrorist operations, while the trial of civilians remains within the jurisdiction of the ordinary courts unless specified by the Public Prosecutor to whom this decision belongs.

Other stakeholders from civil society organizations (ADHRB) confirmed in their April 2022 information to the Committee that there was no formal review of the proposed amendment by Bahrain. 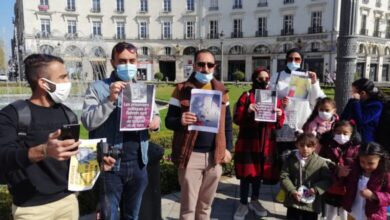 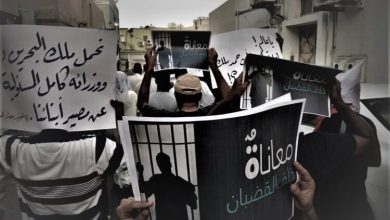