The International Center for Justice and Human Rights reviewed Bahrain’s grave human rights violations and the severe restrictions it imposes on freedoms.

The Center referred to the US State Department’s annual human rights report for the year 2021, which confirmed that the human rights situation in the State of Bahrain is deteriorating, as it includes important issues related to human rights.

The report included credible violations of:

Despite the steps the Bahraini government has taken to investigate allegations of human rights violations and corruption, human rights NGOs have described these investigations as slow and lacking transparency.

The report pointed out that local and international human rights organizations confirmed the recording of several violations, most notably “torture, violations and other forms of cruel, inhuman or degrading treatment or punishment at the hands of government security officials that continued during 2021.”

The report stated that Bahraini security forces committed violations during searches and arrests. Some detainees assert that “security officials used physical and psychological ill-treatment to extract confessions and statements under duress or for revenge and punishment.”

The US State Department noted that among the detainees were children under the age of 15 at times, whom the authorities subjected to various forms of ill-treatment, including beating, slapping, kicking, and verbal abuse.

The report highlighted the poor and harsh conditions in prisons and detention centres due to overcrowding, inadequate sanitary conditions, and a lack of adequate medical care.

As for the arrest procedures and the treatment of detainees, the report noted that there are restrictions on lawyers in terms of communicating with detainees, meeting and consulting with them, or providing sufficient data about their cases.

In addition, the authorities withheld information from detainees and did not inform their families of their whereabouts for up to two weeks.

The report noted that although the Bahraini constitution provides for the independence of the judiciary, opposition political figures emphasized that the judiciary was subject to political pressure, especially in high-profile cases.

The US State Department mentioned reports of political prisoners or detainees, including the prominent human rights defender and former president of the Bahrain Center for Human Rights Abdulhadi Al-Khawaja, who is serving a life sentence for his human rights activism.

According to local journalists and human rights groups, the Bahraini authorities practised violence, harassment, and arrests due to their activity on social media and reports critical of the government. The media law prohibits publishing any content that “disturbs the ruling system in the country.”

As for internet freedom, the authorities in Bahrain have blocked some websites abroad and inside, including those linked to the political opposition.

The US State Department report stated that Bahrain had tightened restrictions imposed on fundamental freedoms guaranteed by law, such as freedom of movement, including revoking the citizenship of some political and religious opposition figures in both criminal and political cases. 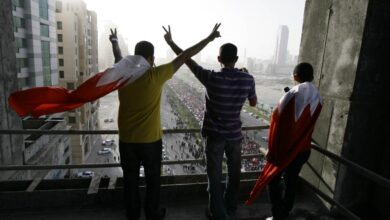 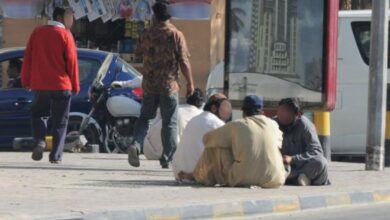 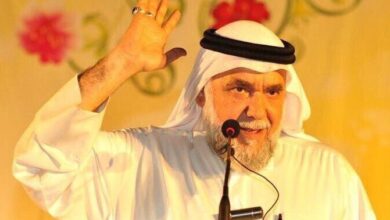