Facebook Twitter LinkedIn Tumblr Pinterest Reddit WhatsApp
“We are very concerned about the health of Abdulhadi Al-Khawaja, whom his daughter says is being denied medical treatment for suspected glaucoma, which could lead to blindness، as a result of the injuries he sustained back in 2011 when he was subjected to torture.

“This is the latest show of cruelty by the Bahraini authorities who have a track record of medical neglect of prisoners. Healthcare in Bahrain’s prison system is marred by regular instances of denial of medical care, delay, and arbitrary exercise of authority, which in specific cases rise to the level of intentional ill-treatment.

“We call on the authorities to immediately ensure he receives the medical treatment and care he needs and remind them that medical negligence could amount to a violation of the right to health.”

On 16 February 2022, Abdulhadi Al-Khawaja stood in the prison yard and chanted slogans in solidarity with Palestinians, at the time of Israel’s Prime Minister Naftali Bennett’s visit to Bahrain. His daughter Maryam Al-Khawaja believes that his medical treatment was stopped as retaliation for this incident.

His daughter also reported that on 16 January, he was taken to a hospital appointment and made to sit in the car for three hours, and then brought back to prison without having seen a doctor. He has not been given access to any doctors since.

Abdulhadi Al-Khawaja is among a group of opposition leaders and activists who were arrested in the spring of 2011 simply for taking part in peaceful protests. His arrest at the hands of the security forces was violent, resulting in a broken jaw. He was subjected to additional physical, psychological and sexual torture in detention.

Eleven years later he suffers from chronic pain and requires additional surgery. Despite repeated requests, his medical records have not been shared with his family and authorities have claimed that the records had “gone missing”.

Judicial and legal prosecutions crushed freedom of expression in Bahrain 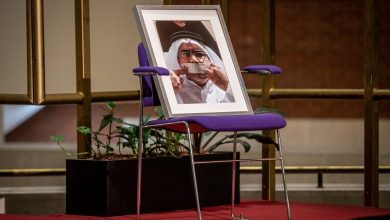