In his book, Political Repression in Bahrain, Dr Marc Owen Jones, Assistant Professor of Middle East Studies and Digital Humanities at Hamad Bin Khalifa University, mentions: “Bahrain’s legal system is becoming an increasingly comprehensive tool of repression. Despite the increasing standardisation of laws often enacted as reactionary measures to control dissent. The extent of impunity as an enabling factor for repression is also investigated and highlighted.”

Moreover, he elaborates on the evolution of repressive capacity and methods of security services in Bahrain. His primary focus is on the police, on which most historical and current data are available.

Violation of the Arab Charter on Human Rights

In 2006, Bahrain ratified the Arab Charter on Human Rights, which entered into force on March 15, 2008. It approved laws that criminalise instances of torture. Bahrain’s Constitution stipulates: “No person shall be subjected to physical or mental torture, or inducement, or undignified treatment,” and “It is forbidden to harm an accused person physically or mentally.”

In response to the recommendations of the fact-finding committee in 2011, Bahrain has taken action by making some legislative amendments to the laws concerning torture. For example, Royal Decree No. 52 of 2012 amends the definition of torture under the Criminal Code to match the definition of Article 1 of the Convention against Torture.

On the other side, in a report prepared by the Gulf Center for Human Rights in 2017, entitled: “Torture, Physical Coercion and Reprisals in Bahrain Belie Commitment to Reform,” a general overview of human rights issues in Dammam, following the 2011 protests, is mentioned.

One of those cases is Abdulhadi al-Khawaja, the co-founder and former president of the Bahrain Center for Human Rights and the founding director of the Gulf Center for Human Rights. Khawaja had been subjected to physical, psychological and sexual torture at the hands of the government forces. He suffered such severe injuries that he required 36 surgical screws and 18 metal plates to be installed in his face to stabilise his jaw.

Another case is Maryam al-Khawaja, who works with the Bahrain Watch Organization and is a special advisor to the Gulf Center for Human Rights. Maryam al-Khawaja was arrested in 2014 under inhumane conditions and treatment.

In addition to that, it details deprivation of due process procedures and the right to a fair trial, and the systematic targeting of human rights defenders.

Furthermore, the case of the Bahraini academic and blogger Abdul Jalil al-Singace, who is still illegally detained with a life sentence, cannot be overlooked.

Singace is a blogger, an academic, and a former head of the Mechanical Engineering Department at the University of Bahrain. He was the spokesperson and head of the human rights office of the Haq Movement for Liberty and Democracy at his arrest in 2011.

Singace is one of a group of prisoners called “Bahrain 13,” which is a pioneer in defending human rights and activists who Bahrain’s government arrested for their participation in the peaceful protests in 2011. Singace is now serving a life sentence on the military court order.

Singace has announced his hunger strike several times, including the one on March 21, 2015, protesting against collective punishment, torture and degrading practices, as well as the deteriorating general conditions in prison.

Since July 8, 2021, Singace has been on strike to protest the mistreatment and demand that his academic paper prepared during the four years he spent in prison be returned after it was confiscated.

Bahrain has given deaf ears to all those calls. At the end of last month, 27 international human rights organisations called on several international leaders to intervene with the Manama authorities for the immediate and unconditional release of Singace.

Many organisations, including Amnesty International and the European Center for Democracy and Human Rights, have called on international leaders to demand the release of “all those imprisoned for exercising their rights to freedom of association, peaceful assembly, opinion and expression, including human rights defenders, opposition activists and journalists.”

That coincides with the signing of a petition by 63 British MPs from various parties and political directions on Jan. 11, 2022. According to the report published on the United Kingdom Parliament’s  , the petition expresses the Council’s concern about the continuing grave violations of human rights in Bahrain, including the continued arbitrary detention and inhumane treatment of prisoners of conscience.

It also highlights the importance of “launching an objective and comprehensive dialogue within the country about political and constitutional reform, cooperating with human rights organisations and experts – including the United Nations – and conducting an independent assessment of prison conditions and the reform agenda.”

Not only the UK that is calling for ceasing the abuses. The German Foreign Ministry is also closely monitoring “the human rights situation in Bahrain.” The previous expression was used by the German Minister of State for Foreign Affairs, Tobias Lindner, in his response to MdB Martina Engelhardt Kopf.

The MdB had sent a letter to the German Foreign Ministry regarding the human rights situation in Bahrain and the situation of political prisoner Abdul Jalil al-Singace. The minister of state said that human rights issues in general and special cases are discussed during talks with the Bahraini government.

United States Democratic Senator, Ben Cardin, has called for the immediate and unconditional release of Singace. He tweeted: “No individual should be held behind bars for exercising internationally guaranteed rights to free expression and association.” In addition, he demanded the release of all political prisoners in Bahrain.

The European Parliament participated in these demands as well. Twelve members of the European Parliament sent a joint letter to Josep Borrell, High Representative of the European Union for Foreign Affairs and Security Policy, expressing their grave concern over the systematic repression practised by the authorities in Bahrain against the opposition. The MPs referred to the poor conditions of the imprisoned leader of the political opposition in Bahrain, Hassan Mushaima and Abdul Jalil al-Singace.

These international claims are not new but rather exist before the violations committed in Bahrain and the claims extended in April of last year to France and Spain.

Will the Bahraini authorities respond to all these international demands, or will they resort to whitewashing them, as they did with the violations they committed in 2021?

In 2021, prison officials were acquitted of the violations committed against Singace. King Hamad bin Isa Al-Khalifa issued a law on Restorative Justice for Children and Protection from Abuse on Feb. 15, 2021, and it entered into force on Aug. 18, 2021. However, its effects have not been observed in stopping the violations and ill-treatment of young convicts in the Dry Dock detention centre.

On the contrary, arbitrary arrests of the underage, including children under 16, remarkably continued, especially at the beginning of September 2021.

Through various media, the authorities have deliberately whitewashed the violations and mistreatment of young convicts committed by the institutions that were supposed to be concerned with monitoring and investigating such violations and providing the right to the best treatment of prisoners.

Bill Van Esveld, associate director of the Children’s Rights Division at Human Rights Watch, said that Bahrain promoted its legal reforms for children last year. Yet, the arbitrary confinement of children in an orphanage is not proof of such an improvement. He added that treating these children is a test of respect for children’s rights in Bahrain and that the Bahraini authorities have failed this test.

Will Bahrain continue its failure and deafen its ears to the calls?

The Guardian: Spyware is stifling human rights in Bahrain 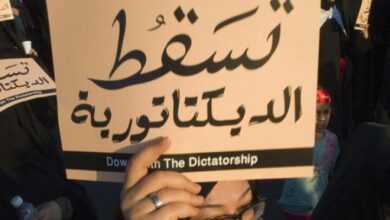 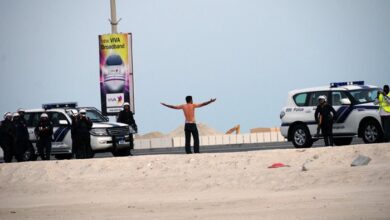 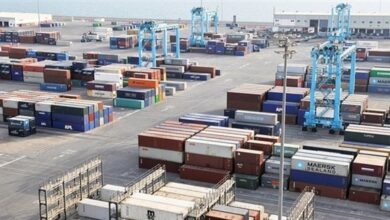