Human Rights Watch (HRW) has called the Bahraini authorities to use the customary pardon of prisoners on the country’s National Day to free everyone imprisoned for exercising their right to freedom of association, peaceful assembly, and expression, including rights defenders opposition activists, and journalists.

In its statement, the human rights organization said that the most prominent opposition leaders have been behind bars for more than a decade for their roles in the 2011 pro-democracy protests. These include Hassan Mushaima, the head of the unlicensed opposition group Al-Haq; Abdulwahab Hussain, an opposition leader; Abdulhadi al-Khawaja, a prominent human rights defender; and Abdel-Jalil al-Singace, the spokesman for Al-Haq. All four are serving life terms following manifestly unfair trials.

“Bahraini political activists and rights defenders who should not have spent a single day in detention have languished in prison for over a decade,” said Michael Page, deputy Middle East director at Human Rights Watch. “The Bahraini authorities should unconditionally release all those sentenced for their political beliefs on abusive charges or after unfair trials.”

HRW said that Bahrain has one of the highest incarceration rates per capita in the Middle East. Between June 2020 and May 2021, Bahraini authorities arrested and prosecuted 58 people for their online activity.

The Supreme Appellate Court has upheld the convictions and lengthy sentences of the leading opposition leaders and activists imprisoned for their roles in the 2011 protests and initially tried by a military court. The civilian appellate court found, for example, that the terrorism charges and life sentence against Abdul Wahab Hussain were justified because he had founded a group dedicated to establishing a republican form of government in Bahrain. The court similarly found that Mushaima’s and al-Singace’s “terrorism” consisted of “moral pressure” rather than any use of violence: they had participated in meetings of Al Haq and possessed “publications advocating for the group.”

Other prominent opposition figures, notably Sheikh Ali Salman, secretary-general of the dissolved Al-Wefaq National Islamic Society (Al-Wefaq), the country’s leading political opposition group, also remain imprisoned. Salman was initially convicted in June 2015 and sentenced to four years on speech charges. In November 2017, the government filed trumped-up charges against Salman for allegedly spying for Qatar. After a lower court acquitted him, a court of appeals convicted him and handed him a life sentence.

At the beginning of the Covid-19 pandemic, in March 2020, the Bahraini authorities pardoned or released to non-custodial sentences 1,486 prisoners. Neither the Covid-related releases nor previous National Day releases included high-profile political prisoners.

Prisoners’ health and the lack of adequate medical care across Bahraini prisons remain of great concern. Al-Khawaja, Mushaima, and al-Singace have frequently protested inhumane prison conditions, ill-treatment, and medical negligence. In 2021, at least three prisoners died due to alleged medical negligence. Al-Singace has been on a hunger strike since July 8.

In April, after the authorities attributed the death of prisoner Abbas Malallah to a heart attack, his family and other prisoners blamed it on the lack of medical attention to his chronic ailments. Protesters then took to the streets demanding accountability. During the April riot in Jau Prison, the police allegedly used disproportionate force to disperse prisoners’ sit-in, decrying the lack of medical care in the midst of the Covid-19 pandemic.

In September, Bahraini authorities released 30 prisoners, many of them children or who were children at the time of their alleged offenses, after an amendment to the 2017 alternative sentencing law allowed the earlier release of prisoners to complete their sentences under house arrest or alternative correctional programs.

Very few persons sentenced to long prison terms for their roles in the 2011 protests, and none of the most prominent, have been released under the alternative sentencing law. Ali Mushaima, who has been on a hunger strike in front of the Bahraini embassy in London to support his father and al-Singace, told Human Rights Watch that senior Interior Ministry officials in July 2021 suggested to his father that he could be eligible for alternative sentencing. Hassan Mushaima, despite his poor health, refused on the grounds that his release would be contingent on his remaining “totally silent and desist from all political activity.”

“Bahrain’s most prominent dissidents remain confined after more than a decade to degrading prison conditions, in part because Bahrain’s powerful allies like the United States and the United Kingdom do not speak out against Bahrain’s serious human rights violations,” Page said. 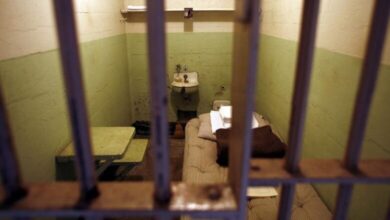 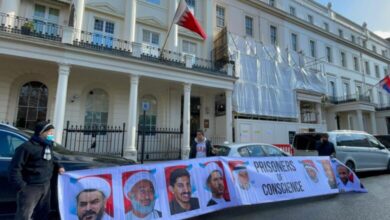 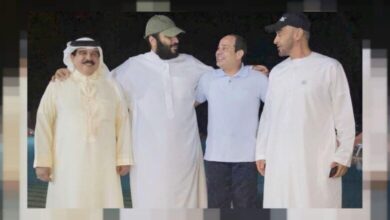