Human rights sources revealed that the Bahraini authorities penalized children detained in the notorious Dry Dock Prison because of their hunger strike.

The sources told Bahraini Leaks that the administration of Dry Dock prison stormed the cells of the detained children and confiscated their religious books and all their belongings. This came as punishment for their hunger strike in protest of not receiving the necessary medical care due to the scabies outbreak among them again.

According to the sources, the child prisoners kept only two allowances for each prisoner. The prison administration threatened to impose further restrictions on them as punishment for their continued open hunger strike.

Prisoners demand that children extend sunbathing and open closed cells for 23 hours a day, which has caused the spread of skin diseases, including scabies.

Meanwhile, human rights activist Zainab Al-Khawaja warned of the deteriorating situation of her father, prisoner of conscience and prominent human rights defender Abdulhadi Al-Khawaja. He is currently on a hunger strike in prison in Bahrain.

Al-Khawaja said her father’s sugar level had dropped to 3.4, and they tried to feed him with serum, but he refused to do so.

“My father is strong, but we are concerned about his health, and we call on the Bahraini government to address this issue immediately.”

Al-Khawaja addressed her followers yesterday on Twitter, calling on them to act, saying that “My father devoted his life to the struggle for justice, democracy, freedom of expression and accountability.

“These regimes always bet on people who get tired and forget prisoners for long periods, so let us show them that we do not get tired and do not forget.”

She confirmed that her father, Abdulhadi Al-Khawaja, is currently spending his tenth year in the regime’s prisons and that he “has just started a hunger strike due to the long and continuous harassment by the prison authorities.”

Talking about the poor prison conditions, Al-Khawaja said, “It has been almost two years since my father has been denied any visits rights, and he has been allowed to make regular calls and video calls with the family. Subject to the mood of the authorities.”

She quoted her father saying, “They provide us with calls as service on a call with her. And I was telling them that calls should be a prisoner right, not a service.” The daughter noted that a prison official interrupted him during the call and demanded that he doesn’t talk “about politics”. Her father replied that talking about humanitarian conditions inside prison is not politics.

She said, “he was supposed to call his mother today, but he was afraid they would put his calls on hold as a punishment. The call has already been postponed. We know through the family of another prisoner that he started a hunger strike, and we have no way of reaching him to find out more details.”

Al-Khawaja emphasized that “This is not the first hunger strike that her father has undergone, and his longest strike lasted for 110 days, during which he was force-fed (which in itself is a form of torture).”

She pointed out that “after his last hunger strike, we were told that his body was very weak and that the hunger strike would be life-threatening.”

She stressed that “there are ongoing international demands for his release and access to rehabilitation”. The UN Panel on Arbitrary Detention calls for his release. The Bahrain Independent Commission of Inquiry documented his torture. However, my father is still in a prison cell after ten years.”

Al-Khawaja pointed out that her father “is not the only Bahraini prisoner of conscience on hunger strike, as Abdul Jalil Al-Singace was also striking and demanded that his writings be returned to him. His life is now in danger.”

She stressed that “prisoners of conscience should not have to starve themselves so that they can call their families or obtain their most basic rights. They have already been subjected to enough injustice, and this is an additional violation of their rights.” 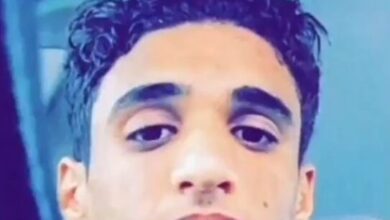