Sources told Bahraini Leaks that the security forces arrested him after raiding a hospital he was received treatment at after being poisoned by the authorities.

The sources indicated that the arrest coincided with a large number of police forces raiding his house.

The arrest came after Al-Tamimi accused the regime authorities of trying to murder him during his arrest by poisoning him with a substance that spread many diseases and cancers in his body.

Al-Tamimi exposed what he had been subjected to over the years as a result of his declared positions in defence of human rights and the dignity of citizens.

In an audio recording Bahraini Lakes received, he said, “What happened many years ago and to this day is a price that I, my family and my children are paying to defend democracy, human rights, dignity and self-esteem.”

Al-Tamimi exposed what he had been subjected to over the years due to his declared positions in defence of human rights and the dignity of citizens.

“What happened many years ago and to this day is a price that my family, my children and I are paying to defend democracy, human rights, dignity and self-esteem,” he said in an audio recording that Bahraini Leaks received.

This former MP referred to the attempt to kill him and cut his livelihood twice by burning and destroying all his property, freezing his bank accounts and fabricating malicious cases.

“As a result, my health got deteriorated, and I was rushed to the ICU.”
He said that the regime’s security forces broke down the doors of his house and terrorized his children day and night. The children were also deprived of their right to education and going to school.

He revealed that the regime authorities poisoned him and injected him with a toxic substance while in detention. As a result, he is now suffering from several diseases such as brain and heart strokes, cancer, kidney and liver failure.

The Bahraini parliament, controlled by the government, had revoked Tamimi’s membership in May 2014. This was described at the time as a precedent in the history of the Parliament since its establishment in 2002.

This came following a speech in which Al-Tamimi spoke about the mistreatment of prisoners in prison in Bahrain.

Al-Tamimi has sparked controversy in Parliament since his election in 2011, in light of his criticism of the practices of the authorities in Bahrain.

Last March, Bahraini MP Yousef Zainal expressed his fear that the regime’s authorities would chase them after the end of their membership in the current session of the House of Representatives.

MP Zainal requested assurances from the authorities not to prosecute members of the investigation committees after their membership.
Representative Zainal directed his demand to the Minister of Finance during a television interview, excerpts from which Bahraini Leaks followed.

According to Bahraini law, members of the House of Representatives enjoy parliamentary immunity during the current legislative session.
Bahraini political activist Fadl Abbas commented on this MP’s demands by saying: “If the representatives fear revenge and persecution, then what freedoms and the rule of law is the government talking about to the international community?!”

Abbas added on Twitter that Representative Zainal’s statement “requires the government to review and move to a democratic state, in action and in words.”

The last elections for the House of Representatives were held in 2018 when the authorities prevented opponents from participating in the polls.
On the other hand, the opposition called on its supporters to boycott the elections. 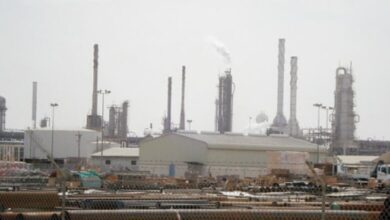