According to testimonies reported by an international human rights organization, a political prisoner in Bahrain was subjected to brutal torture and framed cases on charges he did not commit.

Americans for Democracy and Human Rights noted that Abbas Hassan Ali Hassan was 26 years old when he was arrested and snatched from a car outside his home.

He was convicted in an unfair mass trial and contracted the Coronavirus after the epidemic outbreak in Jau Prison.

On December 10 or 11, 2017, he was arrested without a warrant outside his home by masked plainclothes officers.

The officers surrounded the car that Abbas was travelling in, beat him severely and kidnapped him without mentioning the reason for his arrest.

After his arrest, Abbas called his family to inform them that he was in the Criminal Investigation Department, but then no contact with him during 25 days of interrogation.

They put him in a very cold room where he could not distinguish whether it was day or night, and they insulted him and discriminated against him because of his Shiite sect.

He was also severely beaten, causing several injuries, including back pain, redness and blackening in many parts of his body.

He confessed under torture to the charges against him, which were used against him in court.

He was accused of joining the “Zulfiqar Brigades” terrorist group. On May 5, 2018, he was convicted and sentenced to ten years in prison in a mass trial.

His citizenship was withdrawn but later returned to him under a royal pardon. Abbas did not have enough time to prepare for trial and present evidence, and he was denied access to his lawyer.

After the outbreak of the Corona epidemic in the country in March 2020, visits were replaced by video calls that did not exceed ten minutes.

On March 27, 2021, Abbas tested positive for a virus, as revealed by the Ministry of Health application.

According to his family, the medical staff did not check on or check up on Abbas daily. Abbas and the other prisoners were not regularly informed of the coronavirus situation in prison.

After Abbas recovered from the virus, he was returned to his cell.

Americans for Democracy and Human Rights considered that Bahrain’s practices and prison administration towards Abbas violate international legal agreements to which Bahrain is a party.

Such as the Convention against Torture and Other Cruel, Inhuman or Degrading Treatment or Punishment, and the International Covenant on Civil and Political Rights.

The human rights organization called on Bahrain to fulfil its obligations by dropping the baseless charges against Abbas and investigating physical and psychological torture allegations to hold the perpetrators accountable for their actions.

It also urged the authorities to immediately release Abbas and other prisoners of conscience in light of the epidemic outbreak and inform his family periodically about his health condition. 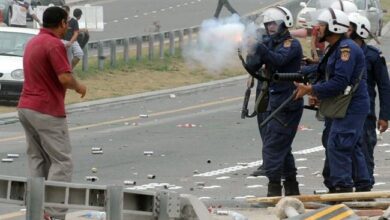 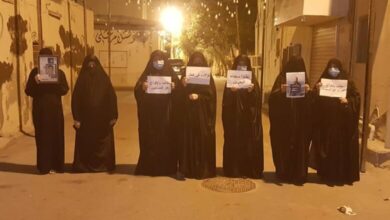