The Bahraini authorities have thrown political prisoner and professor Ali Muhanna in the Dry Dock prison, alongside criminal prisoners, which raises the concerns of human rights organizations.

The Bahrain Institute for Rights and Democracy advocacy officer, Sayed Ahmed Al-Wadaei, said that professor Muhanna lingers in a filthy prison cell that is so hard to take a shower at.

He added in a tweet that the food he is served is also of poor quality. He is also deprived of adequate water.

Al-Wadae stressed that the professor was detained merely for demanding the release of his son and other political prisoners.

On Sunday, June 12, the regime authorities summoned Muhanna, in addition to the number of 184 other people, by the Al-Khamis Police Station in Bahrain for investigation on charges of participating in a march that took place after the burial ceremony of the deceased Hussein Barakat who died of COVID-19 in Jaw prison.

For its part, Salam for Democracy and Human Rights accused the Bahraini authorities of systematically targeting activist Muhanna based on his expression of his political and human rights views, especially his demand for the release of his son detained in Jaw prison.

The human rights organization stated that he was placed in a cell with drug suspects after his arrest, not political prisoners.

It pointed out that he was subjected to ill-treatment by non-Bahraini police officers and denied contact with his family.

The family was also not allowed to bring him clothes or toiletries.

It is noteworthy that the Bahraini police authorities are punishing activist Muhanna by detaining him for a week pending investigation because he described the victim of medical negligence, prisoner Hussein Barakat, as an “unjust martyr.”

Sources told Bahraini Leaks that activist Ali Muhanna, the father of political prisoner Hussain, was detained on remand for a week.

The authorities argued that this description of the late Barakat would cause chaos and unrest in the country.

The professor had received a call from Al-Khamis Police Station asking him to come immediately to the security headquarters.

Recently, the authorities imposed a heavy financial penalty on activist Muhanna for demanding his son’s release, who disappeared for a week before his family learned about his detention.

The authorities punished Muhanna with 2,000 Bahraini dinars ($5,300) for his demand for the release of his son Hussein.

The former political prisoner expressed his concern for his son’s life in light of the spread of the Coronavirus in Bahrain’s prisons.

On Friday and Saturday, the Bahraini Ministry of Interior launched a campaign of arbitrary summons against dozens of citizens on charges of participating in the funeral of the body of the victim of medical negligence in Jaw Central Prison, Hussain Barakat.

Local sources told Bahraini Leaks that the regime forces summoned the citizens on charges of participating in protests of memorial to the victims who died on Wednesday last week due to being infected with the Coronavirus inside Jaw Prison.

The Ministry of the Interior accused the summoned people of not adhering to the preventive measures as part of the response to the Coronavirus. 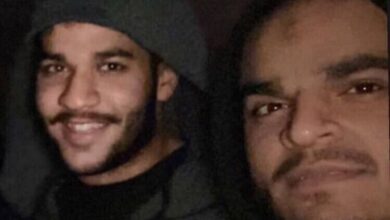 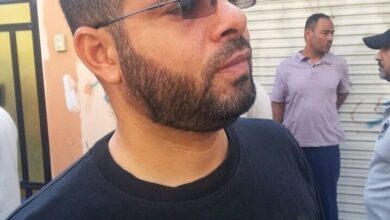