Bahraini politician and journalist Ibrahim Al-Madhoun said that the regime of King Hamad bin Isa Al Khalifa is now facing a bankruptcy crisis as a result of its failed policies throughout the years of its rule.

Al-Madhoun asserted that the Hamad regime is putting pressure on those claiming their rights and imposing a significant fine on people to face bankruptcy.

For many observers, the appointment of the Bahraini King’s son Nasser bin Hamad as oil minister raises questions in the Bahraini street regarding his lack of experience in this field.

On Tuesday, the Credit Rating agency forecasted that Bahrain’s government debt/GDP will edge down in 2021 with higher oil prices due to the COVID- 19 crisis and the drop in oil prices.

It expected that only the UAE and Qatar would achieve fiscal surpluses, noting that the persistent deficit in other Gulf countries (Saudi Arabia, Kuwait, Bahrain, and Oman) will push them to issue debts or withdraw assets.

Gulf states are trying to recover from the worst economic and financial crisis in their history due to the negative consequences of the outbreak of COVID- 19 and the drop in oil prices.

Fitch estimated that oil prices would reach $53 a barrel in the long term, while the average cost of a barrel of oil will get $58 during 2021.

Bahrain is the least productive in terms of oil resources among the countries of the Gulf Cooperation Council. It produces around 200,000 barrels of crude oil per day.

A Washington-based institute has said that the fiscal budget for 2021 indicates difficult economic times ahead of the Gulf kingdom of Bahrain.

Robert Mogielnicki, a resident scholar at the Arab Gulf States Institute in Washington, stated the fallout from the coronavirus pandemic and oil price rout of 2020 appears to have ushered in a new fiscal trend: lower spending and persistent deficits.

Smaller 2021 budgets and conservative oil price assumptions – around $40 to $50 per barrel – reveal a partial budgetary realignment with economic realities.

This cautious approach may permit Gulf governments’ balance sheets to end the year slightly better than expected, given that many oil market watchers have increased their 2021 price forecasts to between $50 and $60/bbl.

However, a willingness to post large deficits and the emergence of coronavirus variants, threatening to extend the pandemic, will add more pressure to mounting economic challenges in Gulf Arab states.

According to Mogielnicki, Bahrain’s fiscal balance program resulted in a drop in spending in 2019 and 2020.

Unprecedented retaliatory measures against an imprisoned political leader in Bahrain 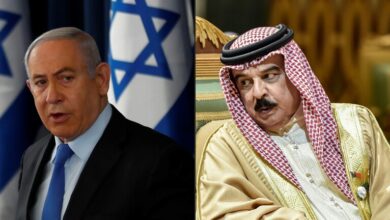