Over fifty-five political prisoners of Jaw Central Prison in south-eastern Bahrain refused to receive breakfast meals to protest the enforced disappearance that has continued for days against dozens of their colleagues.

Inmates declared their refusal to break their fast during Ramadan, as a means of pressure on Bahrain’s regime authorities to reveal the fate of 33 prisoners, after they were transferred to an unknown destination.

“50 prisoners in Building 20 refuse to break their fasting in protest of the enforced disappearance of their colleague inmates, brutally beaten by the police.

They demand that the administration reveal the fate of those assaulted last Saturday. ”

The attacks took place in buildings 12 and 13 of Jaw prison and caused bloody injuries among the detainees, as well as the transfer of 33 prisoners to an unknown destination.

The authorities claimed that security officers “faced acts of chaos and violence from  inmates, and took security and legal measures against them.”

Activists said prisoners protesting conditions in a Bahraini jail were beaten in a security operation last weekend that authorities had described as a response to disobedience following repeated warnings.

According to eyewitnesses from Jaw Prison, Bahraini special forces stormed the buildings with sound bombs and beat prisoners with batons.

Dozens of prisoners were seen with blood all over their faces after they were severely beaten.

Prisoner Saeed Abdul-Imam from the Abu Saiba area was carried by the Special Forces to an unknown destination outside the ward.

The special forces were filming the attack and prisoners were deprived of breakfast as punishment.

Prisoners in Buildings 12 and 13 led a sit-in two weeks ago, after the death of prisoner Abbas Mal Allah, due to medical negligence and lack of health care.

Furthermore, tensions had been rising in the country’s main Jau prison since an outbreak of COVID-19 last month, which authorities said had been contained.

The Special Forces informed the prisoners used excessive forces with batons, while prisoners held each others’ hands in an indication of their peace. 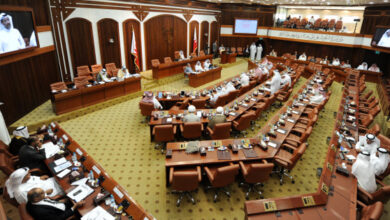