At a time when the authorities of the Bahraini regime do not allow political activists to express their views through traditional media, they have adopted the idea of graffiti. No village in Bahrain is longer devoid of these writings, which carry various contents that are generally consistent with the rejection of the ruling regime and demand to overthrow it.

This phenomenon emerged with the outbreak of the February 14, 2011 uprising at the hands of masked youths travelling between the neighbourhoods and villages. These writings often announce strikes, glorify political detainees, and explain the injustice inflicted on prisoners.

Tweet translation:
Bahraini youth resort to graffiti as a means of their conveying voice and peaceful protest against an unacceptable reality. #Hide #SaveBahrainiPrisoners

In the dark hours of the night, masked youths go out to write secretly on the walls in fear of arrest or direct murder by the caliphate authorities which roam the streets of villages that witness frequent demonstrations. They often force citizens to remove them at gunpoint.

All media currently operating in Bahrain are state-owned and managed by a government agency. Six of the seven daily published newspapers are pro-government and the state controls broadcast media service.

The government does not allow the opposition to be given enough room in the media. Due to the lack of independence of the media in Bahrain, it has been blatantly used to incite hatred and violence.

Tweet translation:
#Bahrain_today| slogans of the revolution and pictures of symbols of the leaders decorate the walls of the town of Buri, confirming the continuation of the revolutionary movement
# LeadersOfRevolution

Their programs continue to glorify the politics of power and officials of the ruling family.
Also, there is no material in the media programs that talk about violations by the authority, its suppression of the opposition, or its policies hostile to freedom of opinion and expression.

Last month, a human rights organization called on the government of the Bahraini regime to end its monopoly over the media, including TV and radio, and called for the legislation of a media law in line with human rights, and respect for the principles of freedom of opinion and expression. 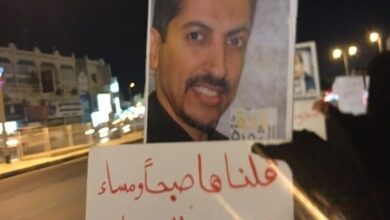 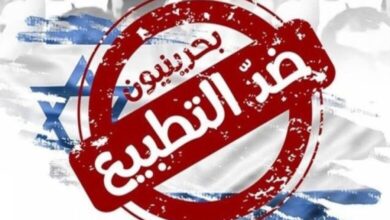