ADHRB brought the Council’s attention to the ongoing repression it faces within the work of the 46th session of the United Nations Human Rights Council.

The organization gave an oral intervention, under the third item of the interactive discussion, during which it shed light on the ongoing repression faced by human rights defenders in Bahrain.

“We would like to draw the Council’s attention to the ongoing repression faced by civil society organizations and human rights defenders in Bahrain, particularly under the guidance of the Prime Minister and the newly appointed Crown Prince Salman bin Hamad Al Khalifa.” said the statement.

Corruption and favoritism is another serious issue in the country: the current prime minister and the Al Khalifa tribe control the economy and thus the country’s wealth leaving the majority of the population living in poor economic conditions.

Many leaders of civil society organizations are deprived of their freedom and are serving life sentences on charges related to freedom of expression and opinion.

Among those leaders are: Dr. Abdul-Jalil Al-Singace, Abdul Hadi Al-Khawaja and Naji Fateel.

In addition, leaders of the political opposition in the country were also arrested and sentenced to life imprisonment. This is because of their role in the democratic movement and their demand for the right of the people of Bahrain to determine their own destiny.

The statement mentioned in particular the leader of the political opposition in Bahrain, Hassan Mushaima, and his partner, Abd al-Wahhab Hussain.

“Furthermore, we are concerned about the lack of cooperation between the Government of Bahrain and the various United Nations mechanisms despite the regular joint communications reports received from many of the special procedures mandate holders. Bahrain, as a member of the council, should be held accountable for not being connected to the council’s mechanisms.” concluded the statement. 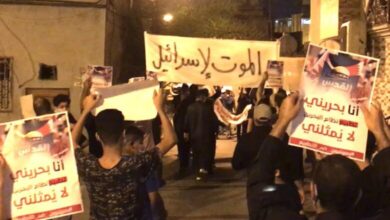 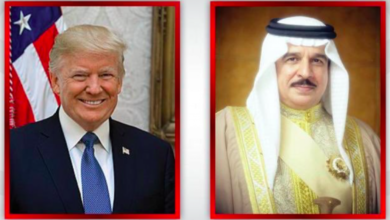