Informed sources reveal the details of a purge campaign in Bahrain leveraging the influence of King Hamad bin Isa Al Khalifa and his crown prince.

The government purge is a pre-emptive step by the king to secure the influence of his son, Crown Prince Salman bin Hamad.  Accordingly, close associates of former Prime Minister and the late Prince Khalifa bin Salman Al Khalifa were removed from their official posts and replaced them with personalities affiliated with his son, Crown Prince Salman bin Hamad, who was assigned to be the new Prime Minister.

King Hamad issued a decree exempting the advisers of the Prime Minister without mentioning any certain names. observers and analysts emphasize that the decision is related to fighting all those affiliated with the late Emir and excluding them from power.

Among those exempted are the son and grandson of the late Emir, and all the personalities with critical positions during the tenure of the late Prime Minister, who passed away in November 2020.

The King of Bahrain has also appointed personalities affiliated with his son to take over the helm of government in the country, promoting their positions and setting a new structure for their jobs.

Moving in all directions, the King seeks to expand his influence and empower his son Salman, who holds high positions in the country.

Last month, disputes plagued the ruling family over assigning the King’s son and Crown Prince to be prime minister.

The assignment was issued hours after the announcement of the death of the former Prime Minister, Bin Salman Al Khalifa. King Hamad helped his son to assume the premiership through financial and logistical support, extending his control and quelling dissenting voices in government and parliament.

A heated debate is taking place within the ruling family and senior government officials over this appointment.

Attempts to extend royal influence over government began with King Hamad issuing a royal order under No. (8) of 2020 establishing and forming a supreme executive committee in the Defence Council.

He assigned the chairmanship of the committee to his son Salman bin Hamad Al Khalifa, who is the Crown Prince and Deputy Supreme Commander. His other son, Nasser, National Security Adviser, was also appointed as rapporteur for the committee.

The Bahraini king was not satisfied with placing his two sons in leadership positions on this committee.

Chronological documentation of Bahrain's suppression of protests and force of power 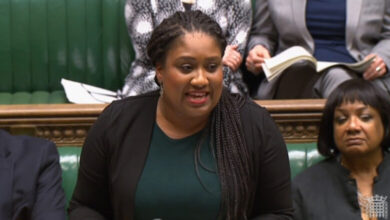