Amnesty International’s lawyer expressed her grave concern over political detainees’ exposure to torture in the regime’s prisons. Lynn Maalouf, Deputy Director of the Middle East and North Africa at Amnesty International, confirmed that prison ill-treatment is a recurring problem in Bahrain.

In a press release Bahraini Leaks received, Maalouf indicated that the organization had documented this several times in recent years.

Maalouf highlighted the detainee Sheikh Zuhair Ashour case, confirming that he was subjected to torture and other ill-treatment.

The detainee is held in solitary confinement in Jaw Prison and has been prevented from communicating with his family since late August 2020.

Security forces affiliated with the Ministry of Interior continue to practice thuggery against detainees in Bahrain’s largest prison.

A few days ago, the Jaw Central Prison guards assaulted a number of detainees after they protested against the ill-treatment conditions in prison.

The attack ended with the transfer of many detainees to an unknown destination.

The Bahraini regime authorities do not allow the UN special rapporteurs to visit Bahrain to inspect the detainees’ conditions.

Maalouf said: “We are extremely concerned about the danger that Sheikh Zuhair Ashour or any other detainee is exposed to as a direct result of incommunicado detention and prolonged solitary confinement, in complete isolation from the outside world.”

After months of incommunicado detention and without contact with his family or lawyer, Ashour was finally allowed to call his family.

Ashour described in detail the torture and other ill-treatment he endured during the past five months.

His ill-treatment includes solitary confinement for months; being beaten by guards with fists, feet and hoses; sleep deprivation, and getting access to water only twice a day.

In the phone call, Abbas also told his family that he faced repeated death threats from prison guards, who told him that he was about to be executed and prepared himself for that.

While he talked about his abuse in prison, his family heard that the guards started shouting at him, and the call was cut off.

Maalouf said: The Bahraini authorities must immediately order an end to the torture and ill-treatment of Sheikh Ashour and ensure that he undergoes a medical examination by an independent doctor and ends his solitary confinement.

The Special Investigation Unit must also carry out a full investigation, the only governmental monitoring body with authority to prosecute the perpetrators. 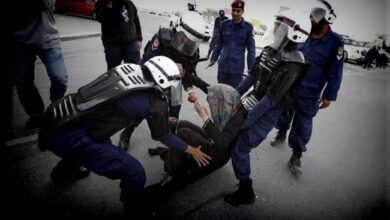 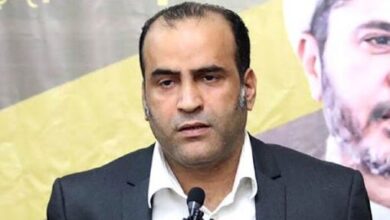