Bahraini Lakes learned from local sources that the Bahraini Ministry of Interior had recently sent text messages to thousands of Bahraini phones late last week, warning against following up on accounts opposing the Khilafiyya regime.

The ministry threatened that “promoting” views on these accounts would lead to legal measures, but defining the specific act of following up on important accounts of legal actions is a new development.

The sources explained that these messages come at a time when the regime feels a great threat to its interests and what remains of its popular legitimacy, after it went to the normalization agreement with an Israeli, an agreement that the vast majority of the Bahraini people reject.

In 2011, Bahrain witnessed a popular movement in which the majority of the affected people participated, in which dozens were killed and saw the forces sent from Saudi Arabia.

Following this movement, the regime continued a widespread security campaign, whereby hundreds were arrested and stripped of their nationality, and sometimes they were subjected to mass trial. Main opposition parties were banned.

Official Bahraini media reported that Bin Issa had ordered the promotion of 52 National Guard officers of various military ranks, coinciding with the country’s celebrations of the twenty-fourth anniversary of the establishment of the National Guard.

Bin Issa also issued a decision to promote 641 non-commissioned officers, individuals and civilians of various ranks in the National Guard on this occasion.

Increase the loyalty of his soldiers

Private sources told Bahraini Leaks that these promotions aim to increase the loyalty of the National Guard to him, coinciding with the escalation of internal and external risks that threaten the survival of the Khilafid regime in power in the Kingdom of Bahrain.

Popular anger over this regime is escalating due to the rampant corruption of this ruling family and overcrowding in its prisons with thousands of political prisoners and detainees for opinion and expression.

The sources explained that these promotions also coincide with Bahraini calls to demonstrate against this system, due to widespread unemployment and the dismissal of Bahraini employees in favour of foreigners.

They emphasized that the regime’s going to normalize relations with Israel was the last nail in its coffin, as the Bahraini people categorically reject any peace agreement with Israel, for which the brotherly Palestinian people pay the price.

The sources added that the recent visit of the Iranian Revolutionary Guard Commander, last Saturday, to Abu Musa Island to inspect its military units, confused the ruling family, which prompted it to promote National Guard officers in an effort to protect this regime from any threat.

Informed sources revealed to Bahraini Leaks that, after this Iranian move, the monarchy immediately resorted to the American ambassador to request action that would provide protection to Bahrain, for fear of any Iranian move against it.

The sources pointed out that the regime expects the United States to implement its part of the agreement to normalize relations with Israel, which is protecting the regime from any external threat.

They pointed out that the American ambassador asked the Bahraini regime to be calm and not to rush to take its decisions in response to the Iranian visit to this island. 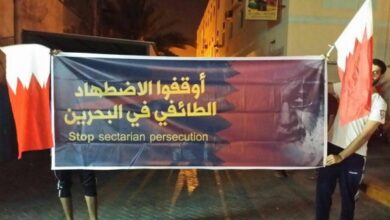 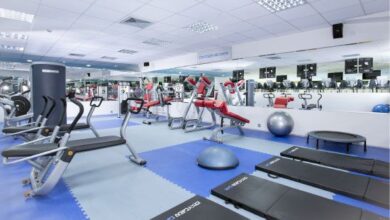